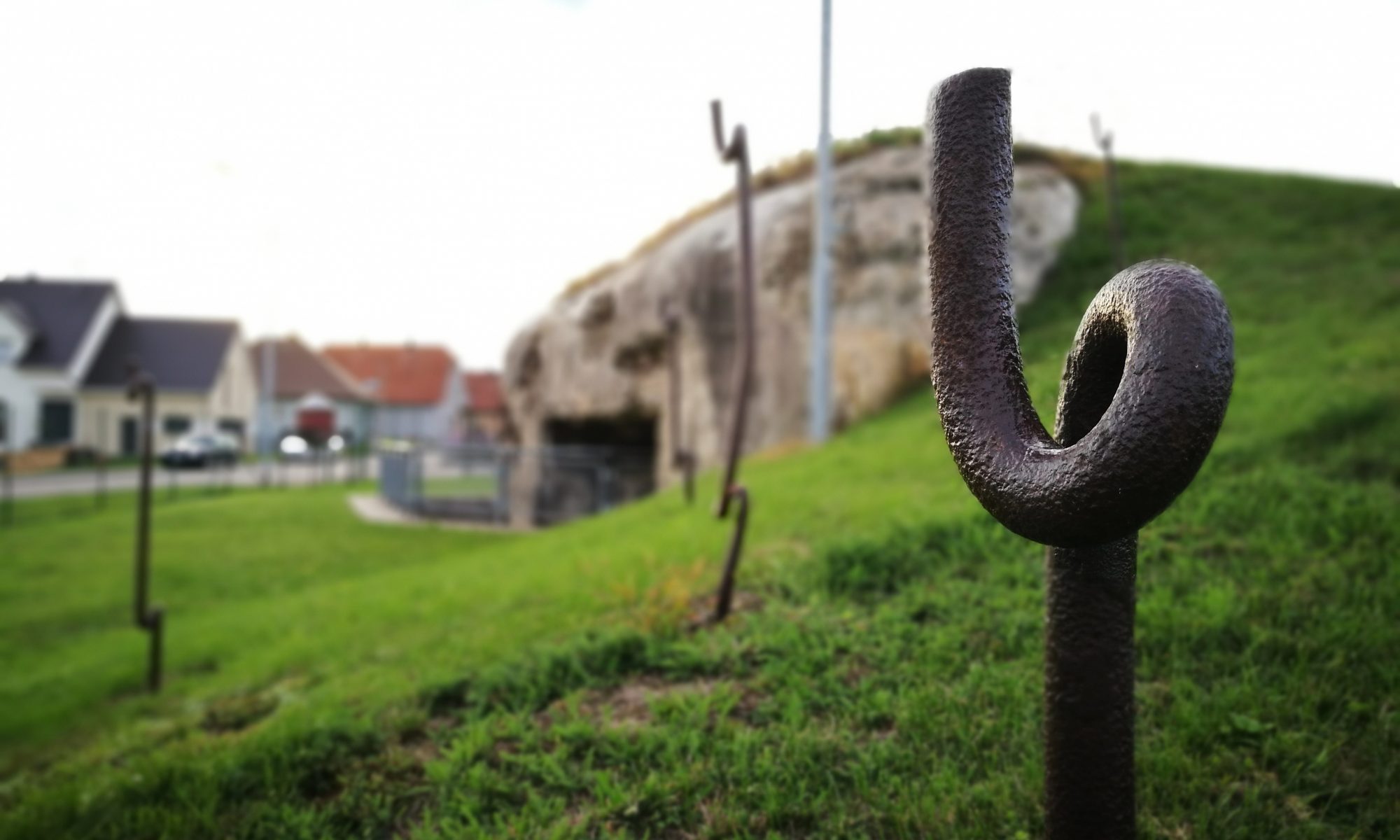 Built among the firsts in 1930, Rieffel bunker is one of the 5 fortifications defending Oberrœdern. It is part of the principal line of defense between the massive artillery fort of Schoenenbourg and the Hatten shelter.

Reconstituted between the 22th and 25th August, 1939, the 79th Fortress Infantry Regiment and its 2400 soldiers are assigned to the defense of the sub-sector of Hoffen. Its ranks are composed of 25% of career servicemen and 75% of local reservists. It has under its responsability 13 interval bunkers, 2 shelters and one oberservatory.

A crew of 24 men, led by the Lt. Rieffel and its second, Sgt. Delsart receive the mission to defend the south bunker of Oberrœdern.

The “Phoney War” period is calm for the 79th, giving time for the soldiers to extend the defenses and to instruct themselves.

The special operation groups of the regiment, the “Groupes Francs”, regularly conduct mission of harassment and patrols along the border.

The Battle of France started on 10th May 1940. After the invasion of the Netherlands, Belgium and Luxembourg, the German army progress through France taking care not approaching the Maginot Line, known invicible.

Because of the rapid degradation of the situation of the west front, much less fortified, the troops defending the sector are sent in reinforcement at St Dizier. Following the soldiers of the 16th, 23th and 43th infantry divisions, most men of the 79th fortress infantry regiment leave for St Dizier on 14th June, 1940. Only 700 remain on the defense line.

The situation, calm so far, changes drastically on 15th June 1940 when the Wehrmacht, knowing the recent departure of most defenders, launched the assault.

The first attack of importance on the bunker is repelled back on the 19th June evening. Facing the failure of their offensive, they decide the day after to fire on the steel bell-like turret with their antitank guns, killing Sgt. Delsart while he was closing an episcope.

At 05:00 PM, German Stukas dive bombers struck the bunkers of the area and dropped smoke bombs. Taking advantage of the cover, the Stosstruppen, shock troops, lead the assault on the north bunker, the most damaged one. The defenders, true to the motto of the Maginot Line troops, “You shall not pass”, achieve to repel once more the enemy after an intense hand-to-hand fight and thanks to the 75mm shells of the Schoenenbourg fort, inflicting heavy losses.

The 25th June, at 00:35AM, the armistice concluded between France and Germany took effect. Until 01:35AM, the 79th continues to fight against the Nazi aggressors. They finally execute the order and for the soldiers of the sub-sector of Hoffen, this date was the beginning of a long captivity.

Thus, till the end, the fierce defenders of the 79th Fortress Infantry Regiment knew how to prove to be worthy of their motto: